Hundreds of years ago,

the patriarch of the Northern Thai royalty was infected with a ‘living corpse’ curse, which activated during the full moon and turned him into a mindless monster feeding off the human blood.

During one of those nights, he attacked his own son and passed the curse to him.

In the 21st century, his descendant tries to combat the curse with the help of his right hand and farm manager, Pha Meung.

But that’s not the only danger that awaits them in the forest surrounding their estate…. 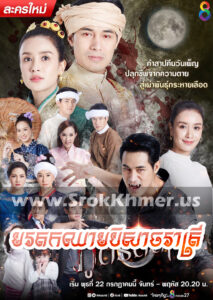