Xia You Qian is the total package. He’s good-looking, a highly successful head of a private equity company and well liked by everyone around him.

Even competitors like Hu Yan Ze can’t help but respect him and wealthy socialites like Hu Yong Qing are in love with him.

But You Qian also has the keen ability to make accurate assessments about people at first sight using his strong observational skills.

When he and his grandfather are invited to Pu Lang village to judge a competition, he runs into An Xi, a woman who was responsible for You Qian nearly losing his life 10 years ago.

An Xi is forced to enter the competition to try to earn the prize money to save her hostel, which she inherited from her father, but is riddled with debt.

After You Qian’s prejudice forces An Xi to lose the competition, will she be forced to marry her creditor to pay back her debts? 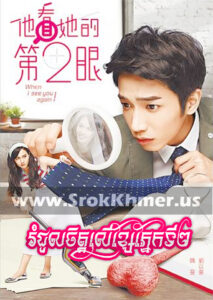