The story of Another Era begins with the global financial crisis of 2008.

Ambitious businessman Leo Ho Ting Sang wanted to buy out Fong Chung Yam’s business group, but Cheuk Kai Tong stopped him in time. Furious, Leo decides to out a plan to destroy him.

Ten years later, Cheuk Kai Tong becomes one of the richest men in the city, but the psychological torment of his son’s untimely death has put him bedridden, soon followed by a coma.

His daughter, Cheuk Ding Yiu learns to manage the family business, and together with her trusted accountant Ko Chit, she starts a business war with Leo. 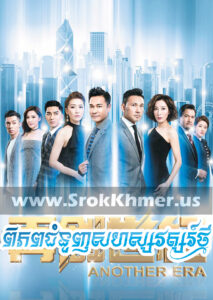