Ah Jin, who is beautiful and has a nice figure, enjoys a splendidly luxurious life after marrying into a rich family.

Through her wits and acuteness, she gains the trust of President Ahn, her father-in-law and the head of the house.

While looking for a caregiver for her father-in-law who has a hard time moving around, Ah Jin finds Bok Ja and hires her.

She thinks that the old-fashioned and plain but somewhat cultured Bok Ja seems to be a perfect fit for her family.

However, Bok Ja doesn’t remain as a caregiver. She seduces President Ahn with her voluptuous body and takes over the household. 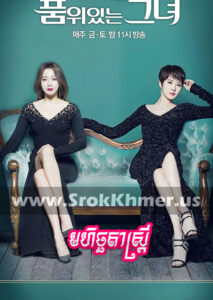