The story of the love and resentment of the older generation has led to resentment and hatred towards the last generation,

how will both families deal with the problems that arise?

During the reign of King Rama V, the Kingdom of Siam had a commercial relationship with mainland China. As a result, a large number of Chinese merchants traveled.

Chong Chang was the only son of Boss Fei Long Chong Chang often followed his father to meet with Khun Luang Naruebodin,

thus he became acquainted with Nuea Nang, the daughter of Khun Luang. And when Khun Luang promoted to Khun Phra

And the owner of Fei Long became the master Therefore thought of raising her meat to Chongchang But Khunying Chaemchan Your wife, the monk, does not agree. 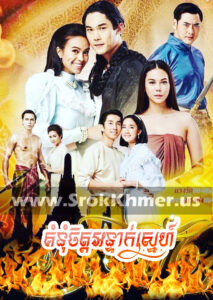