Ra Bong Hee, the only known survivor of a plane crash that was carrying famous entertainment industry figures from the agency she works at,

was found on a beach in China after 4 months from the crash. Upon returning to Korea, she is put under the spotlight and the public outcries to know what happened to their beloved artists.

However, Bong Hee doesn’t remember anything about the crash due to memory loss. Nevertheless,

she is forced to remember and re-tell the story of the other eight passengers’ disappearance to silence the public’s tumult. 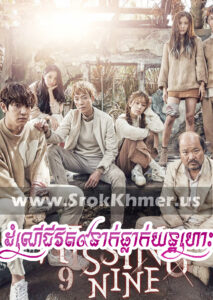